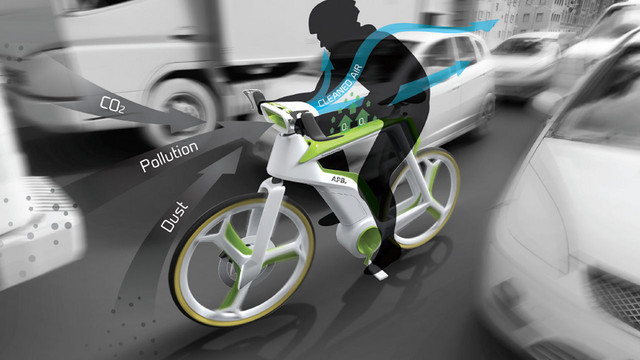 Recently, a website published 2013 annual consumption China keywords. Among them, the “haze” on the list. The data show that the national Amoy friends against the haze of a spent 870 million yuan. Masks, air purifiers, indoor treadmills and other goods were bought 4 million 500 thousand times. The haze from the north to the south of the way that the diffusion. One weekend I call Shenzhen buddy ride together, he was relentlessly rejected — recently is haze, I got respiratory uncomfortable, you don’t go out for it.

This is ironic, sports has become unhealthy things. In my anguish, this Air-Purifier bike comforting my heart. The front is equipped with an electric air purifier, air purifier riding, by inhalation, the pollutants (including dust particles) can be filtered. Out, is the filtered clean air. If you think this is all that is completely mistaken, Air-Purifier bike has a “photosynthesis bike” alias, tripod body through the photoelectric effect to convert sunlight to electricity, start the operation of the fuel cell body, thereby generating oxygen even. When not in use, it is also capable of air purifier and oxygen production machine.

However, want to see Air-Purifier bike and Mami difficult, because it is still in the conceptual stage.Air purifier bike creative director also admitted it, there are still a lot of unknowns, they have only one kind of model, but they will make a prototype to prove the feasibility of this idea. With it German red dot design award, who can say that dreams come true one day be far behind? 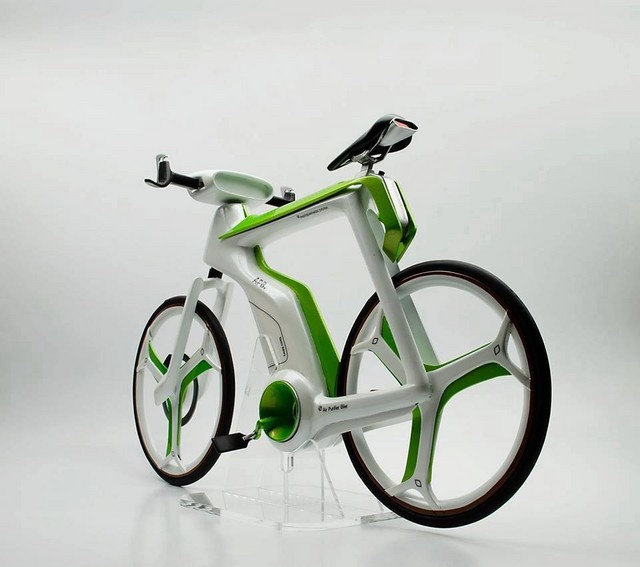