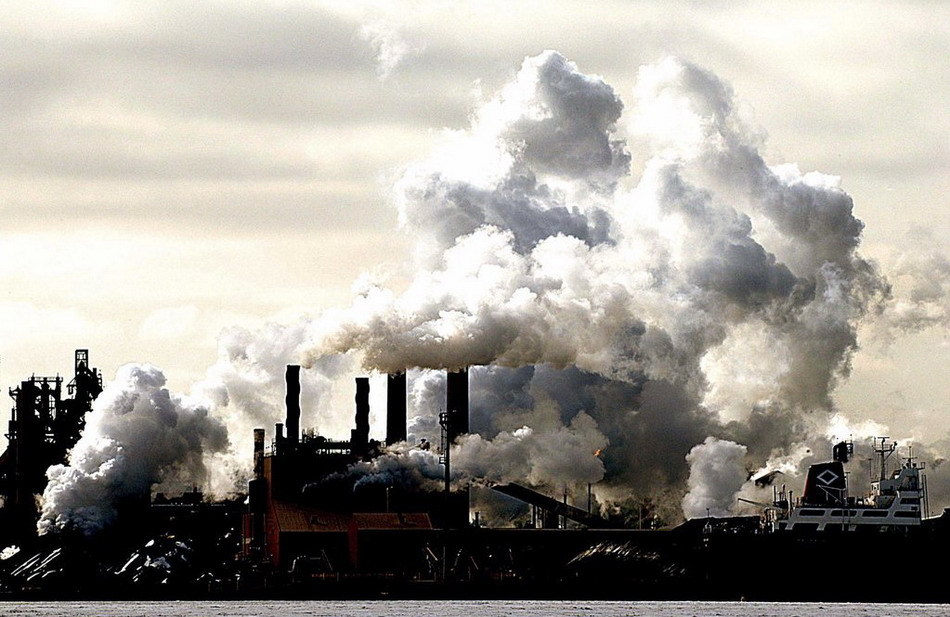 Concern that the thick smog lingering over North China may pose serious health threats has boosted sales of air cleaning products across the nation.

Demand for humidifiers, air purifiers, masks and related items has skyrocketed since November, and merchants are expecting it to keep growing this month.

“The growth demonstrably outpaced that of other home appliances, and the rise is largely attributable to the recent air pollution,” Zhao said.

Though the gloomy weather is spread over northern China, especially Beijing, “We see in general an equal surge in demand in different parts of the country, and we believe the numbers will continue to rise until the end of the year,” she said.

Chang Zhonghua, a lab examiner at a pharmaceutical factory in Shenyang, capital of Liaoning province, said she had to wear a mask every day because of the poor air quality.

“I also spread bamboo charcoal bags around my home and in my car to purify the air. I don’t know whether this actually helps, or is simply a psychological comfort,” she said.

On Taobao.com, the country’s biggest online marketplace by registered users, air cleaning products such as air purifiers and humidifiers are the hottest search items on its homepage, said Qiao Peilei, a spokeswoman with Alibaba Group Holdings, the parent company of Taobao.

In the past 30 days, HYG Appliances, a Shenzhen-based electronics retailer, sold 5,541of one type of humidifier through its e-commerce channel on Tmall.com, the business-to-customer arm of Alibaba.

An HYG salesman said that’s three times the number sold last month and a 20 percent year-on-year increase. He added that 60 percent of the orders were delivered to Beijing and neighboring Hebei province.

Cao Qi, an online vendor at Tmall.com, said they usually receive 100 to 200 orders for anti-dust masks a day, but “on Monday alone we took 800 orders, and I think we could have more than 1,000 on Tuesday.”

Suning Appliance, the leading home appliance retailer by transaction volume, said air purifier sales in Beijing have been off the charts since November.

“People snapped up air cleaning products because of the bad weather, and sales in one outlet in Beijing even doubled compared with this period last year,” Suning said in an e-mail.

Wang Mei, who works in a drugstore in Beijing, said more people have come in to buy masks, even though the shop usually sees demand soar only when sandstorms hit.

Tan Mingqi, a physician and chief of the respiratory department at Shengjing Hospital of China Medical University in Shenyang, said common masks and air purifiers help prevent users from inhaling dust. But it’s equally important to clean them, he said.

“Most families neglect to clean the purifiers. The filter is full of bacteria within just a few days. This makes the air quality even worse and makes it easier to develop respiratory diseases,” he said.

Poor air quality has become a major issue in China. Beijing has been hit by heavy smog recently. The weaker winds and elevated humidity are not conducive to dispersing atmospheric pollutants, said the city’s environmental protection bureau.

China uses a standard of particulate matter smaller than 10 micrometers (PM10) to measure air quality, but the public has urged authorities to adopt the stricter PM2.5 standard, which measures finer matter that is considered more hazardous to health because it can go deeper into the lungs.

So, choosing a good qulity’s factory is very vital.

You know you’re living in Delhi if your eyes burn, your throat is sore and your chest feels heavy. [...]