Having a pet today has become a dream for young and old. A faithful companion who receives us with love, with whom we can play and; that in those moments of sadness it comforts us, it is definitely one of the pleasures of life that we can call happiness. However, many people manifest allergies to them and, the most popular solution today; is to give them up for adoption. Something very sad to do that can be easily avoided if we only make a small investment in an air purifier.

Because, while people attribute the allergy to the hairs they leave in various places; Although they can cause discomfort; What actually causes allergic reactions is animal dander. Below, we’ll tell you how to deal with this animal dander and allergens using an air purifier.

Animal dander, why does it cause allergies?

Although to date only 10 allergens produced by dogs and cats have been identified; and that affect human beings. The list is much broader than that. However, it has been determined that the main proteins that these allergens contain in common are those of the lipocalin family. When they are mostly released it is during the mating season; since animals use them as pheromones to attract the opposite sex.

But why is animal dander produced initially?

Animal dander is not only produced by dogs or cats; other animals also produce it. From horses to cows, mice and rabbits; even we humans produce this dandruff.

It is a natural process of all animals with fur or feathers. It occurs because our skin is renewed, the remains of skin; they are discarded in the form of microscopic particles that roam the air.

These particles, when inhaled through the nostrils, cause irritation to the eyes, throat and, many times; A reaction occurs in reddening of the skin in different areas where the dandruff has settled.

Being so small and volatile, any movement is able to lift them and make them travel through the air until we suck them up. In total, more than 330 species of animals have been identified whose dandruff is capable of causing allergic reactions in people.

So how do we combat allergens left by pets?

Air purifiers with HEPA filters pass quality control tests only if they are able to clean the air in a smoke-filled room. Likewise, activated carbon and ultraviolet technology; guarantees that even the smallest microbes are exterminated. All in order to be able to breathe fresh air.

And that has a lot to do when we are pet owners. Even if we are not really allergic to them; It cannot bring great benefit.

Animal dander particles are extremely large, when compared to everything an air purifier destroys. In the end; the only thing released is the oxygen molecules.

Thanks to negative ions, animal dander cannot simply float until it reaches our lungs. It is attracted to the air purifier and; Due to the quantity of activated carbon reinforced HEPA filters; dandruff is completely removed.

Of course, there is a risk of an allergy episode if we allow our pet to climb onto our bed or; in the case of dogs, if we allow it to lick us. 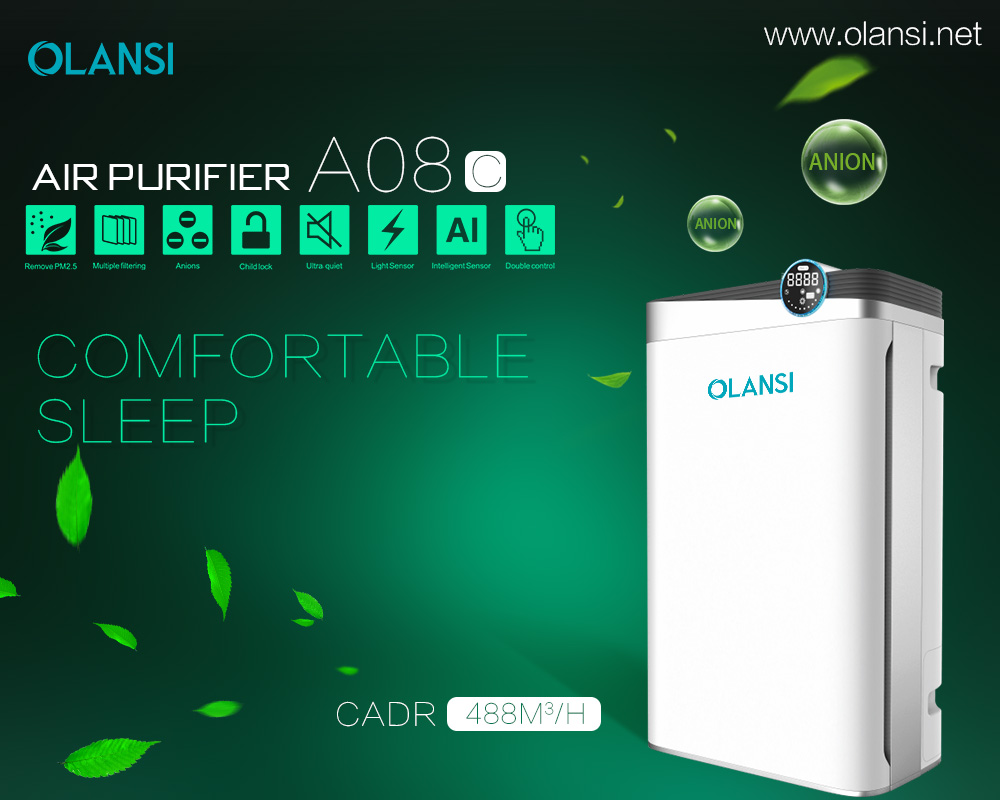 After all, pheromones and allergy-triggering proteins; they are also transmitted through secretions from saliva. But if you take small precautions and you also have an air purifier. You will not suffer from allergies and you can keep your pet.

For more info about the air purifier,you can pay a visit to olansi air purifier at https://www.olansi.net

There are always two sides to every coin. There are always going to be various versions of every story. As for air purifiers, there are divided opinions amongst those who are using it despite its numerous benefits. We are about to go on crucial journey. [...]

Home air purifier told you what is HVAC?

It is a common misconception to consider the air filter inside a home’s heating, ventilation and air conditioning system (also known as an HVAC) to be the most affordable and effective way of filtering your air. HVAC filters provide minimal filtration of airbone particles [...]

Most people don’t know whether the idea of buying an air purifier is actually good or not. They don’t really understand whether such will be a reasonable investment in the short or long run. If you are amongst such people, you have come to [...]

It has been discovered that people are beginning to embrace the use of air purifiers as compared to past years. There is only factor that can be traced to such a positive development. This is how there has been great awareness about such devices [...]

How To Use Air Purifier Safely?

It is one thing to use an air purifier, it is entirely something different to safely make use of it. The truth is that most people don’t really understand how to ensure these devices are safely used. There are lots of cases when end-users [...]

An apparatus as elaborate as an air purifier can remain a mystery to most people. Many have no idea how it works, and few come to imagine how something so simple ends up improving their pace of life and health in such a shocking [...]

The pre-filter (typically back cover) after using for a long time, will gather some of the dust, thus affect air inlet and air purification effect. Therefore, need to use a vacuum cleaner to suck away the dust, or use a rag to clean up, [...]

The Air Purifiers, An Object That Revolutionizes Social Networks

Pollen allergy, asthma, pets… respiratory diseases are an increasingly present reality and their prevalence continues to increase. If this is your case, you may have considered buying an air purifier (or it has even been recommended by the health personnel), a device that appears [...]

All home air purifiers are designed to help eliminate free flowing particles in the air. Although these particles are not visible to the human eye, they can trigger health problems like allergies, asthma, chemical sensitivity, headaches, and fatigue. Air purifiers may be filter or filterless, [...]

There is no doubt that air purifiers are becoming more popular in recent times. This positive development has been traced to the fact that people are getting more aware of their benefits when used in homes. Such could be removal of asthmatic triggers, elimination [...]